GUYS. YOU GUYS. I MADE A MUPPET. 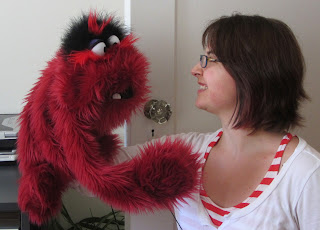 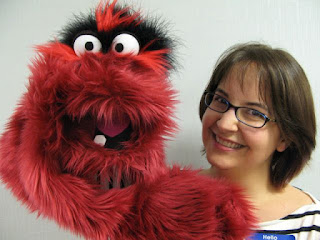 Not an official one of course! This is Marcus and he's the result of the first day's endeavors at Puppet School! It was taught by the amazing Michael Earl (or the front end of Mr. Snuffleupagus and Slimey the Worm to us children of the 80's.) It was a 3 day intensive workshop and the other 2 days were spent learning choreography and getting used to the horrific reality of working in front of a backwards mirror, aka a live television monitor. I am not much of a performer but I had fun, despite all of the soreness and sweat! I hope to be able to do the advanced puppet making courses someday and make more elaborate critters. 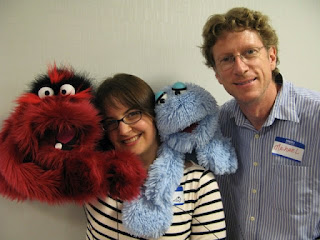 Check it, that's Michael Earl and his puppet, Bruno! Michael was the front end of Snuffleupagus, Slimey the Worm, Forgettful Jones and many other Muppets back in the 80's. He was an amazing teacher and had the patience of a saint with my bungling of the choreography! I may or may not post the skits that I performed. I'm not exactly comfortable with being on camera!
Posted by Unknown at 6:34 PM 4 comments: 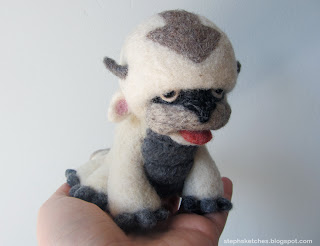 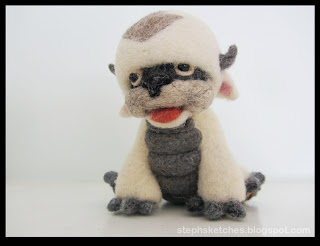 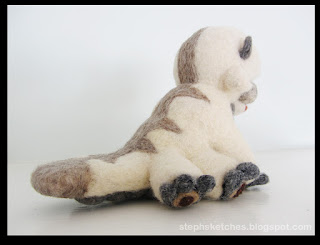 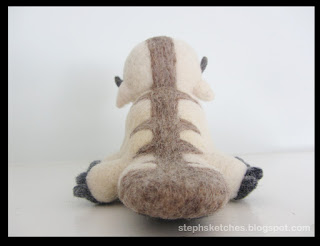 I've been felting up a storm for the last few weeks! Here's a seated Baby Appa for y'all. Once I finish the remaing sky bisons, it's back to felting ratties for me :)
Posted by Unknown at 4:02 PM 4 comments: 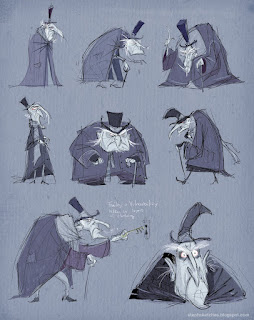 We were given an assignment at the character design workshop to illustrate Scrooge, according to Dickens' description of him:

"Oh! But he was a tight-fisted hand at the grind-stone, Scrooge! a squeezing, wrenching, grasping, scraping, clutching, covetous, old sinner! Hard and sharp as flint, from which no steel had ever struck out generous fire; secret, and self-contained, and solitary as an oyster. The cold within him froze his old features, nipped his pointed nose, shrivelled his cheek, stiffened his gait; made his eyes red, his thin lips blue; and spoke out shrewdly in his grating voice. A frosty rime was on his head, and on his eyebrows, and his wiry chin. He carried his own low temperature always about with him; he iced his office in the dog-days; and didn't thaw it one degree at Christmas."

Challenge accepted! I love, love LOVE A Christmas Carol and old men are stupidly fun to draw! I am waiting for some feedback on this pass, but I will be updating with a little more polish once I hear back. It's nice to be drawing for fun again.

Please be sure to check the Berkeley DGA tumblr to see the other submissions from folks who went to the lecture! My fingers are healed up enough to start stabbing again, so onward through the commissions I go. Time for another Appa.
Posted by Unknown at 6:34 PM 2 comments: