HEY YOU GUYS I STILL KNOW HOW TO DRAW! I need to put down the felting needles once in a while and I lucked out when I was asked to make spoof trading card illustrations for an indie film! These are for Magic: The Gathering (The Musical) and this is a sample of what's to come. Think Muppets meets Magic meets Avenue Q. The first song in the movie is called 'The Motherf*cking Rules", so you know you're in for a treat. 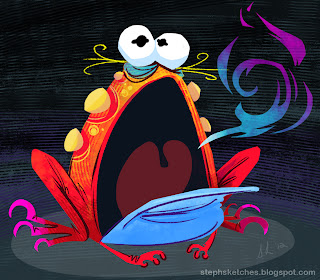 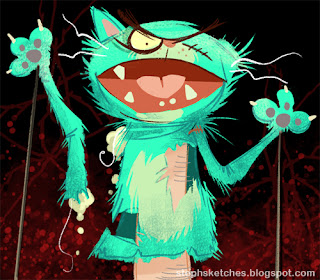 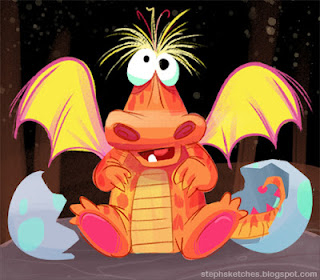 Some of them are based on actual Magic cards. Can you tell which one from this batch is? I'll post more of these as I make them. It's a nice excuse to be silly and colorful. :)
Posted by Unknown at 10:45 PM

I absolutely love these- especially the frog!

Hah I have to agree, loooove the frog :D

Ah wow! I love these!! Brilliant style, they look awesome : )