It's that time of year again... time for CTN-X! I am really burned out on Cons in genral, which is why I haven't been to APE, WonderCon or sold anything at Comic Con in recent years. However, CTN-X is just so awesome that I gladly made an exception. Think of it as the Comic Con for the animation industry, only with 1/100th of the crowds, attendees with better hygiene and you are actually able to approach and talk to legends in animation. Last year I bumped into Don Hahn, Glen Keane, Glenn Vilppu and Don Bluth all in the same day. You can't argue with that! I also met a ton of awesome new friends and am looking super forward to reconnecting with everyone there. 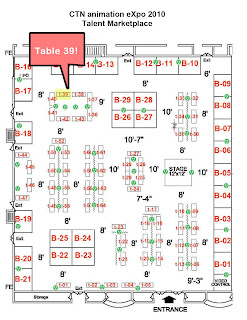 I will be exhibiting my wares at table 39 in the back of the main hall. I have a couple of new prints and I've finally broke down and have started taking commissions for felties. I will have a few felties on display at my booth as samples for what I can do :)

Now, it wouldn't be a true expo for me if I wasn't riding waves of self doubt, anxiety and general fussiness followed by giddiness, confidence, excitement and then back around to the self doubt, so here is a doodle I did during one of the self-doubt phases. To answer Doodle-Steph's own question, it's never a waste of time, even if I feel out-classed by the talent that surrounds me. Last year I came back from the Expo energized and inspired and I expect this year will be every bit as good :) 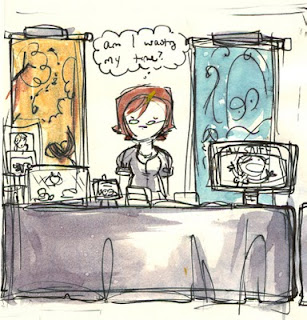 In other news, I have a few felt pieces in the works for the Soft Serve show at OH NO! DOOM in Chicago. Here's what I have so far (don't wanna give away the surprise, but there will be tentacles involved when all is said and done!), and the poster which features an awesome monster cone by Chelsea Bloxsom! 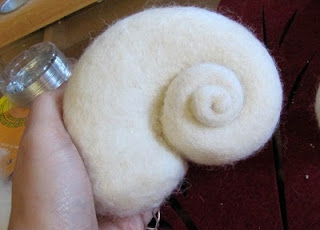 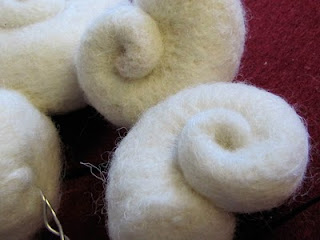 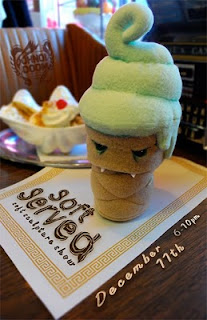 Are you wasting your time?!?!!

You're super talented, I wish I could make down there to say hello and check out the work that hasn't made it on the blog.

Weeee! I will totally stop by your booth and say hello! If I ever make it to California... I've been delayed in NY for 5 hours...hmph.
Can't wait to se ya!

You certainly did not waste any time. You gave a lot of excellent feedback to young artists including me. Thank you so much, and I hope to see you again, next year.

It was great to be at the table next to you.

It was nice to meet you at CTN-X! And thanks for the cuttle-pug!!